Food rescue and waste reduction, volunteerism, and compassion for her neighbors are lifelong passions for Jen. When she was a teenager, she worked at a pizza shop in Binghamton and would gather all the leftover pizza from her shift and take it to a homeless shelter. Years later while teaching in NYC, her commitment really kicked into high gear. She volunteered at a New York Cares event cleaning out a high school with more than 3,000 students. She was absolutely stunned at what was getting “thrown away” – in other words – going to the landfill. They filled big dumpsters – one after another with thousands of new books, thousands of pounds of clothing, huge computer parts, tools, and more. “What upset me the most was how most of what was being discarded was all perfectly usable.” It was then and there that she started planning and dreaming about creating a zero-waste lifestyle.

Jen started paying more attention to food waste while working at Greater Binghamton Health Center. She watched every day when the kitchen staff would throw away large chafing dishes full of delicious meals. She asked if she could take the food instead of throwing it away, but the staff said no. Eventually, she talked the staff into just setting the dishes delicately near the garbage. After work, she would sneak around with her car to get the leftovers. There was enough fresh, prepared food to feed several families every night.

Jen connected with FDN in 2016 while she was working at George Junior Republic. The students there responded well to incentive programs, so knowing everyone loves food, she went out and bought lots of it for her successful students. The problem was that the incentive worked so well that her high school boys’ appetite was too expensive. Jen contacted Wegmans to try to get day-old baked goods, and they directed her to FDN. FDN’s rescued baked goods fulfilled the demands of Jen’s ever hungry students, and Jen has been a volunteer ever since. Jen says she has served in many volunteer roles, but none are as fulfilling as FDN.

Being a volunteer with FDN is like winning a trifecta award for Jen; she promotes a zero-waste lifestyle, serves underprivileged people in the community, and has made some amazing friends along the way. FDN makes volunteering so easy because she can sign up for different roles and shifts that work with her schedule. Jen says she has never felt more appreciated in a volunteer role – from the coordinator at FDN, her fellow volunteers, and the people she serves; everyone is just so kind and grateful.

Jen serves many roles at FDN: picking up food from donors, delivering food to distribution partners, and jumping in wherever there is a need. “I’ve been hosting many pop-up pantries right on my front porch, and so many of the folks that come to get food are just incredibly grateful.” Jen has one family that has 5 kids to feed. She came across this family because one child was vegan, and the caregiver was having difficulty finding and preparing vegan food. Always eager to promote a vegan lifestyle, Jen wanted to help this family immediately. Jen knew there were weekly pick-ups from Greenstar and so she was able to arrange for lots of Greenstar’s delicious, prepared vegan food at this house. The folks were absolutely thrilled and found it all unbelievable that they were able to access such great food because of FDN.

Jen’s enthusiasm and commitment are an inspiration to us all.

Editor’s note: Jen joined the FDN Board in September 2021! 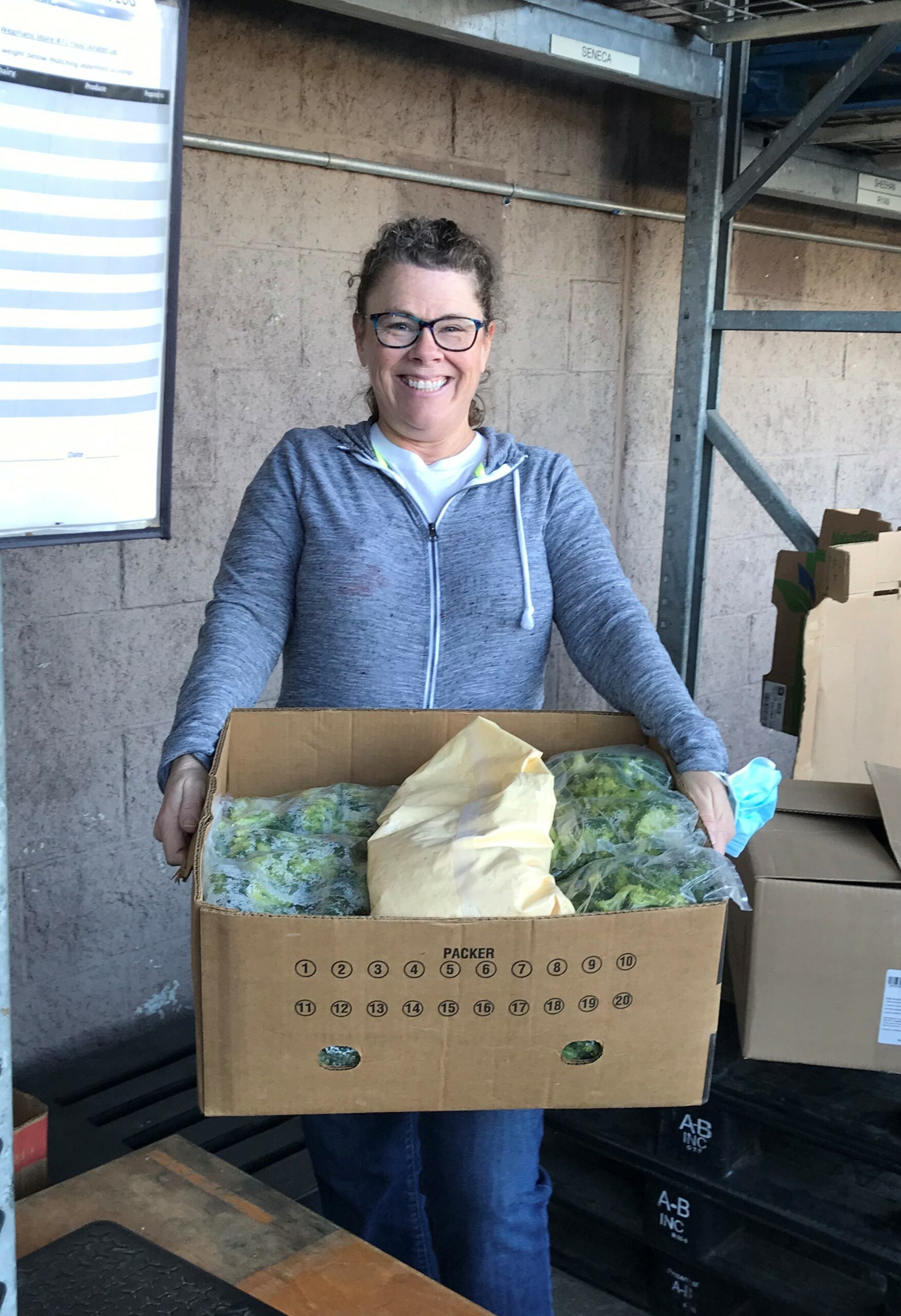