A Story of Community: How a Neighborhood, a School and FDN Launched a Much-Needed Food Program

Written by Linda B. Myers

LEHMAN Alternative Community School (LACS) is only blocks from West Village on Ithaca’s West Hill. While both communities have much to offer each other, “we hadn’t collabo- rated in a focused way until recently,” says Jon Raimon. A social studies and English teacher at LACS, he also is the school’s coordinator of service learning, which integrates community service with teaching.

Staff and students at LACS were looking for ways that their school could serve as a meaningful resource for the West Hill community. “We discovered that there’s a lot of potential for doing good and productive work together,” says Raimon.

Meanwhile, parents at West Village had formed a group they called Our Children’s Future and sought ways to enrich their kids’ lives, planning trips to places like Ithaca’s Sciencenter and envisioning such projects as a community garden and cooking demonstra tions to encourage healthier eating, explains Melie Meléndez, a West Village mom involved in the initiative.

When students surveyed West Village families about their most pressing needs, the study’s results showed that more than 90 percent needed to take a bus to get groceries. It also showed that by the end of most months many families had a hard time coming up with funds to buy food.

So the West Village community, along with LACS students and staff, decided to plan a monthly food pantry for all West Hill neighbors, to be held at the school cafeteria. They worked long and hard over several years to get approval for the project, which they named GIVE — Giving Involves Virtually Everybody.

Most important, they established a relationship with Friendship Donations Network through coordinator Meaghan Sheehan Rosen and arranged for volunteers to pick up fresh food donated to FDN and bring it to the GIVE program at the LACS dining room on the fourth Monday of every month.

The new GIVE program officially opened on Monday, October 24, at 5 p.m. In addition to eggs, the tables were overflowing with an abundance of donated food for all: leafy greens, apples, peppers, leeks and fresh bread, canned garbanzo beans, corn, tomatoes and tomato sauce and prepared foods such as chickpea and carrot salads. All of it was fresh, healthy food that would otherwise have ended up in a landfill, adding to harmful greenhouse gases. Instead it was enjoyed by many, who really welcomed it.

Like all pantries supplied with food rescued by FDN, everyone who came was invited to shop freely — a rule of thumb established by Friendship Donations founder Sara Pines 28 years ago. There are absolutely no requirements to do so.

At the first GIVE program, Meléndez was holding her baby boy, Anthony Jr., while admiring the selec- tion of greens. “It looks great!” she said. In the spring she hopes produce from the planned community garden will be available at the pantry too. “We want to use it to teach our chil- dren about nutrition and how to grow and cook healthy food and also get parents to make healthy meals, which I think is an awesome idea. I’m very excited about food coming from the community and going back into it.”

“People want to make the neighborhood safer and more positive for teens, and the GIVE program and garden will help,” notes Jamila Walida Simon, civic engagement specialist at the Bronfenbrenner Center for Translational Research at Cornell University and a promoter of the GIVE program. “We also hope to have community events at the school, and make it a space for neighbors to come together with other parents, on whatever people want,” says Simon.

Since the initiatives began, West Hill neighbors have taken part in a dinner discussion, with food supplied by FDN, a game night, a festive holiday party and a Halloween gathering at the LACS community facility. “We’re hoping that all of this will be the beginning of a bigger relationship,” says Simon.

Caption for photo at right: 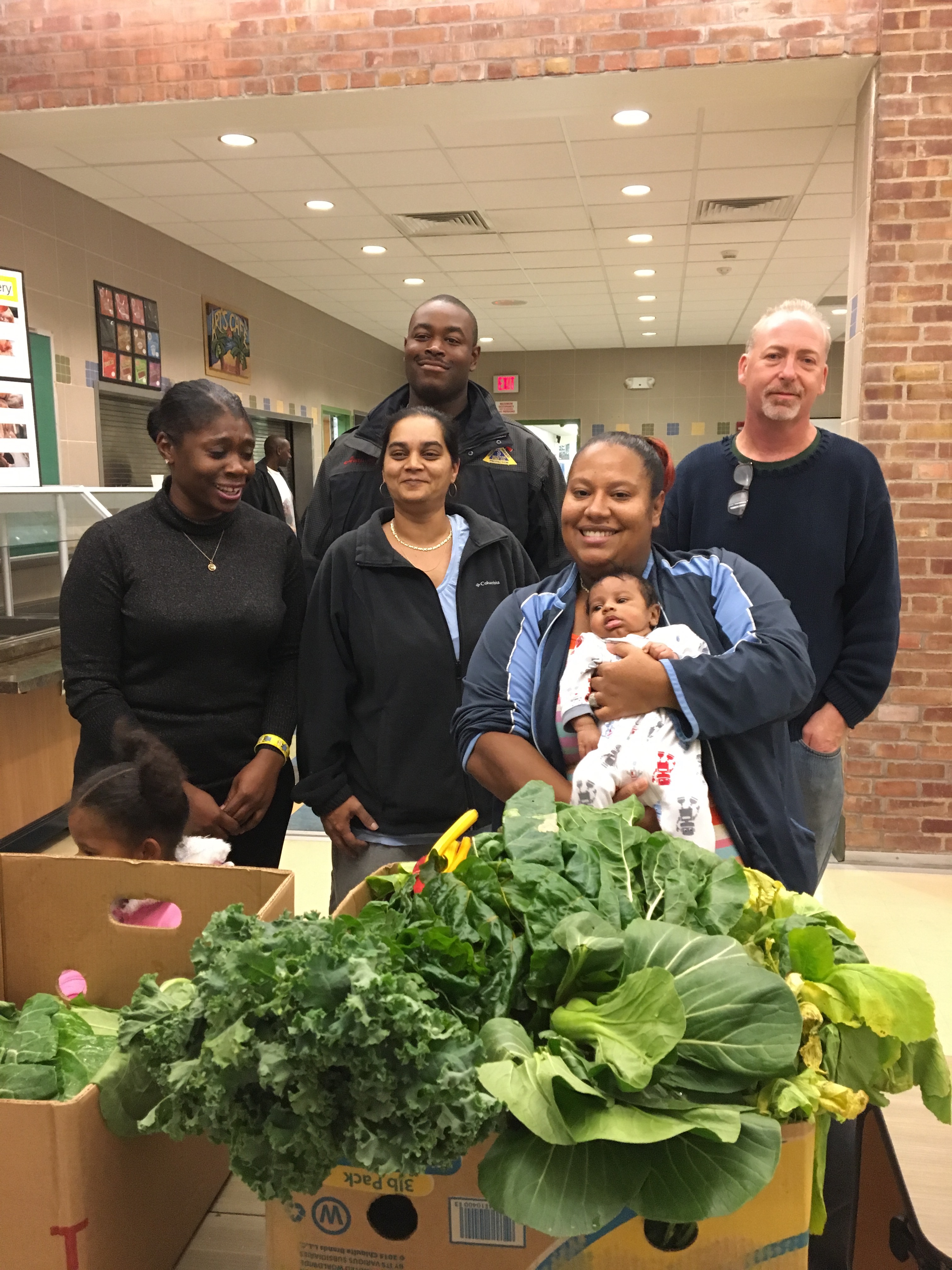