We were founded in 1988 by Ithaca resident Sara Pines, who noticed that many people were going hungry in our community while, at the same time, a lot of fresh, healthy food was being thrown away by area stores and farms. She persuaded area supermarkets and food growers to donate the still-good but unsaleable food that they had been tossing out each day — everything from bags of produce with one damaged piece to surplus kale and still-fresh breads. (Read more about Sara Pines and the story of FDN in the Ithaca Times article “Zero Food Waste,” by Josh Brokaw from November 25, 2015.)

Sara then recruited volunteers to pick up the would-be-discarded food daily and bring it to where it was needed most — food pantries, low-income housing communities, and low-wage places of employment, among other places.

For its first two decades, Sara directed FDN singlehandedly. Then, in 2010 she assembled a volunteer board of directors to continue the work she had been doing while at the same time retaining its values: diverting good food from the landfill and reducing hunger in our community in the most low-cost, efficient way possible. Under their leadership, FDN officially incorporated as a 501(c)3 nonprofit organization, and a part time coordinator was hired to manage its daily operations.

The FDN Board of Directors: 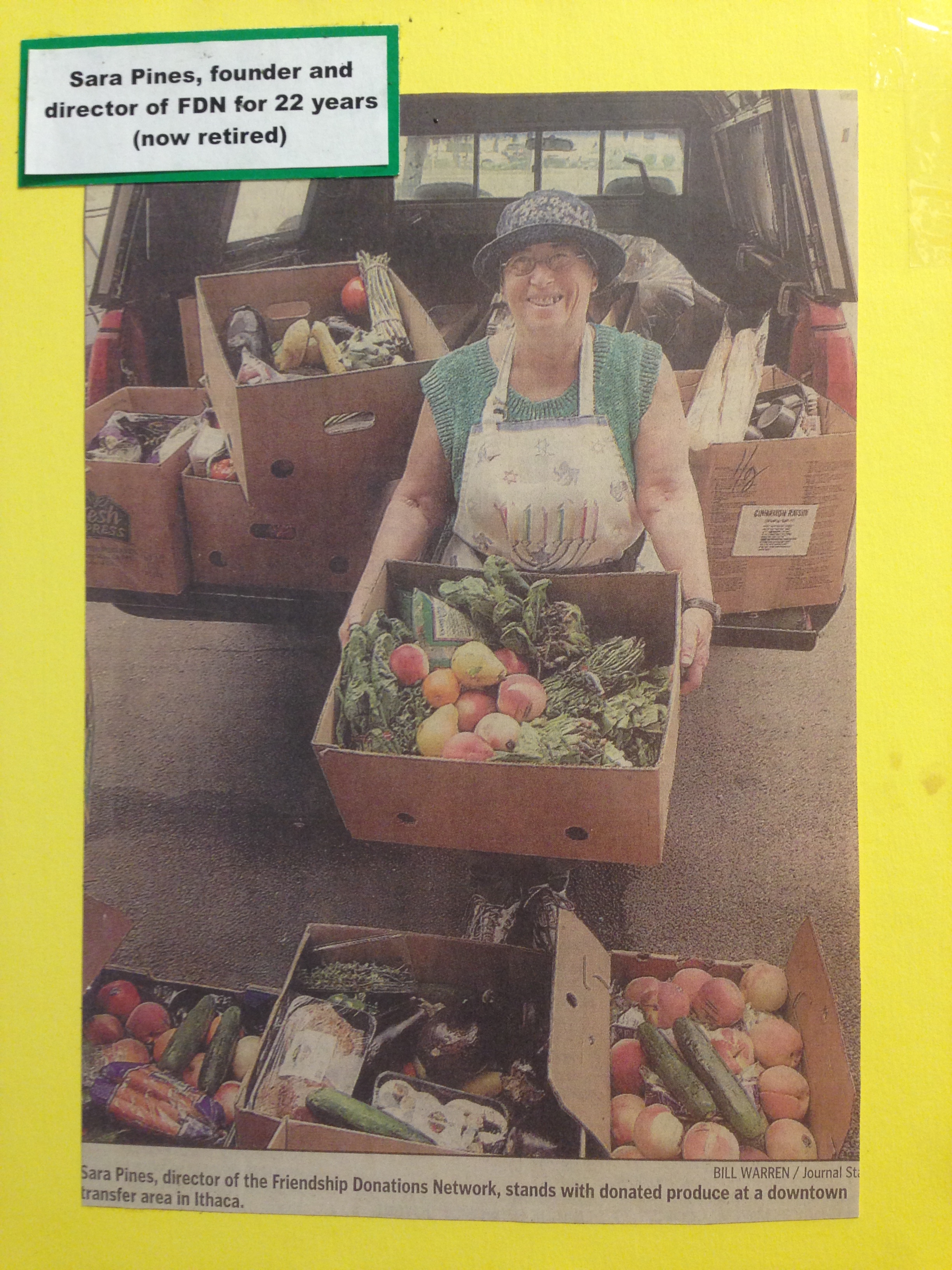