The Ithaca ReUse center–a local non-profit dedicated to the community, economy, and environment through the process of reusing materials–has begun a new project. It is the not-small task of feeding the staff at its Ithaca location on Elmira Road with hot, tasty soup made from Friendship Donation Network’s fresh produce. The project is a collaboration between ReUse’s executive director, Diane Cohen, and vegetarian chef Julie Jordan, who has worked with recovered produce for years, and previously helped get donations to FDN when she worked at Wegmans.

The soup is served on Friday, but the process of selecting the menu starts early each week. It begins with Cohen checking FDN’s available produce on Tuesday or Wednesday, giving Jordan a list to help her narrow down recipes. They look for the vegetables nearing the end of their shelf lives; cooking them into a pot of soup gives them a second chance. The first advice Jordan gives me is to always wash, scrub, and check over the recovered produce, letting the cold water refresh and revive. After the rinse, she carefully cuts off any problem spots to reveal the “sound and delicious parts” of each piece of produce: it is a beautiful process to observe.

Based on this week’s abundance of tomatoes, green beans, sweet potatoes, and chickpeas, Jordan has decided to make minestrone. Last week, after finding a case of carrots, it was curried carrot. The first week, they were graced with lentils, and made spinach lentil. We get the soup simmering, then find a few loaves of day-old bread from FDN’s storage, which we toss in the hot oven to renew. Another lucky last-minute addition is donated pesto-pasta from the Statler Hotel. There are even a few hearts of romaine, which we chop up with a quick vinaigrette to serve on the side. The smell of the cooking soup–garlic, fresh herbs, and veggie stock–begins to entice the office, and staff members have already been in and out of the kitchen to tell us how good it smells.

We finish right on Jordan’s target of three gallons of soup– half will be eaten for lunch, and the rest will be finished by weekend staffers, or early the next week. Once the soup is done, ReUse staff, with bowls of soup, salad, and hot bread, filter in and out of the “ReCharge Room,” where Cohen and Jordan tell me more about the program.

“Food is an important part of community,” says Cohen. “We are excited about the possibility of empowering people to cook healthy and nutritious options.” She tells me that ReUse’s employees and volunteers come from a diverse range of backgrounds, and that food insecurity is a reality for some workers. Cohen’s vision of the ReUse center is a community center where people can learn to lead healthy and fulfilling lives without exorbitant cost. “If we are an organization that helps people empower themselves to get out of poverty, eating well and being healthy could be a great second addition.” Cohen and Jordan both envision a future for ReSoup where it is available to customers in ReUse’s retail area. But for now, they are very happy with the successes of the past weeks. “We have people who work so hard here, it’s great to get the morale boost of a hot lunch.” 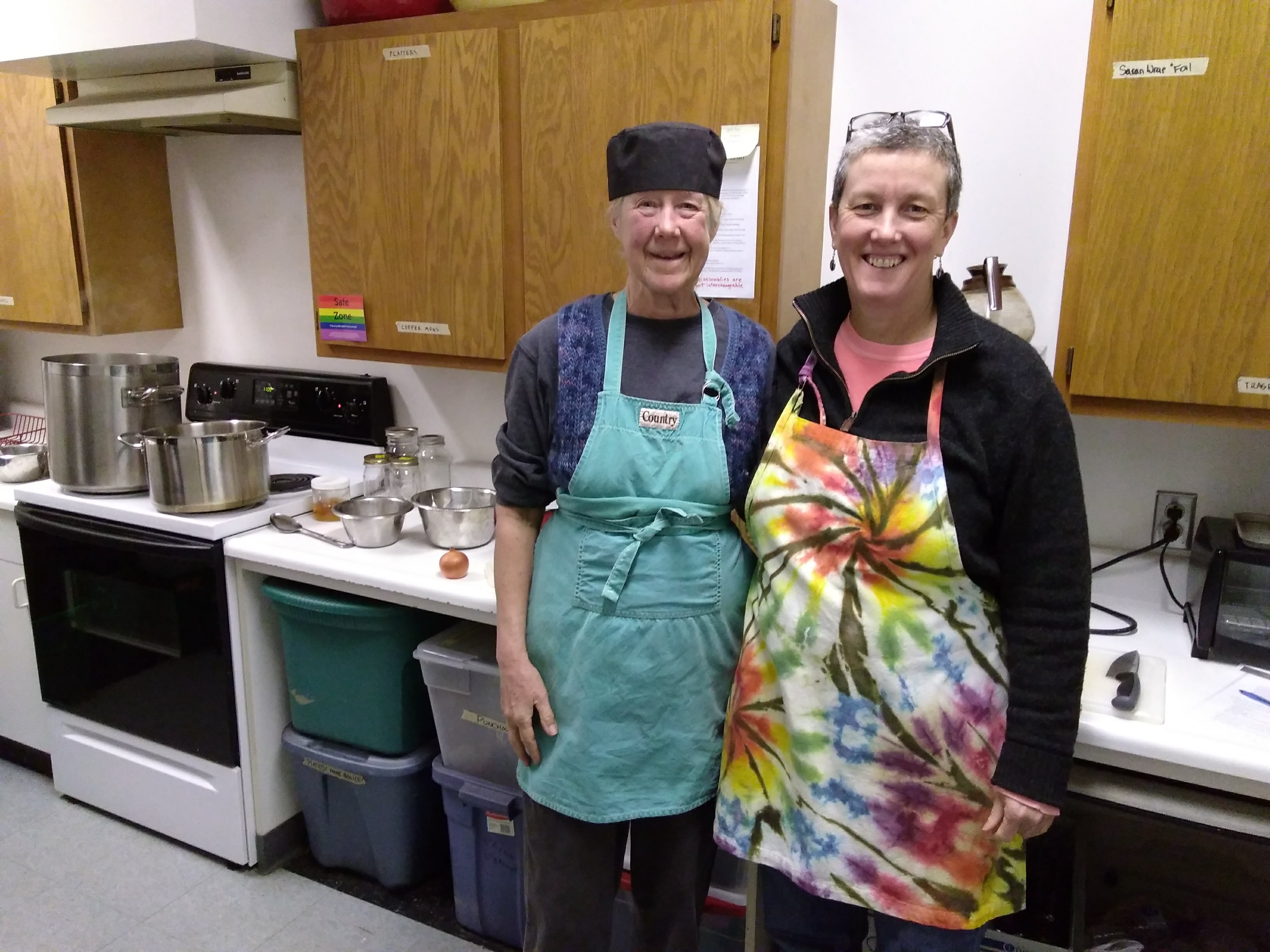