Have extra produce from your garden or CSA share? Here’s an easy way to donate it to neighbors in need through a food pantry in your area!

This summer, gardeners and CSA members throughout Tompkins County (and beyond!) will have a convenient way to donate their extra vegetables, fruit and eggs, by dropping them off at one of 15 convenient Neighborhood Food Hub coolers in Ithaca, Danby, Dryden, Groton, Lodi and Newfield.

There is at least one active Neighborhood Food Hub on every day of the week from July 1 – October 1.

Neighborhood Food Hubs make donating garden produce easy!  Volunteer Hubsters host coolers on their front porches one day a week, which serve as the drop-off locations for your donated produce. Volunteers then redistribute your donations to food pantries, primarily within the communities where they are donated.

The fresh food not only “offsets hunger but also improves people’s diets in our community,” says Sara Knobel, manager of the Groton Public Library, which hosts a food hub as well as a food pantry on Tuesdays. One recipient “took my hand and said: ‘God bless you. It makes such a difference,’” Knobel recalls.

Gardeners gave away more than 3,500 pounds of excess vegetables, fruits and eggs to Neighborhood Food Hubs during the 2013 and 2014 seasons. This year FDN hopes for even more food donations.

The 2015 season will run from July 1 – October 1. For more information, visit: <friendshipdonations.org/hubs>.

The 2015 Neighborhood Food Hubs season is made possible through a grant from the Sustainable Tompkins Neighborhood Mini-grant program, donations from the Ithaca Alternative Gift Fair and Ithaca Sign Works, and of course the volunteer “hubsters” who make it all happen! 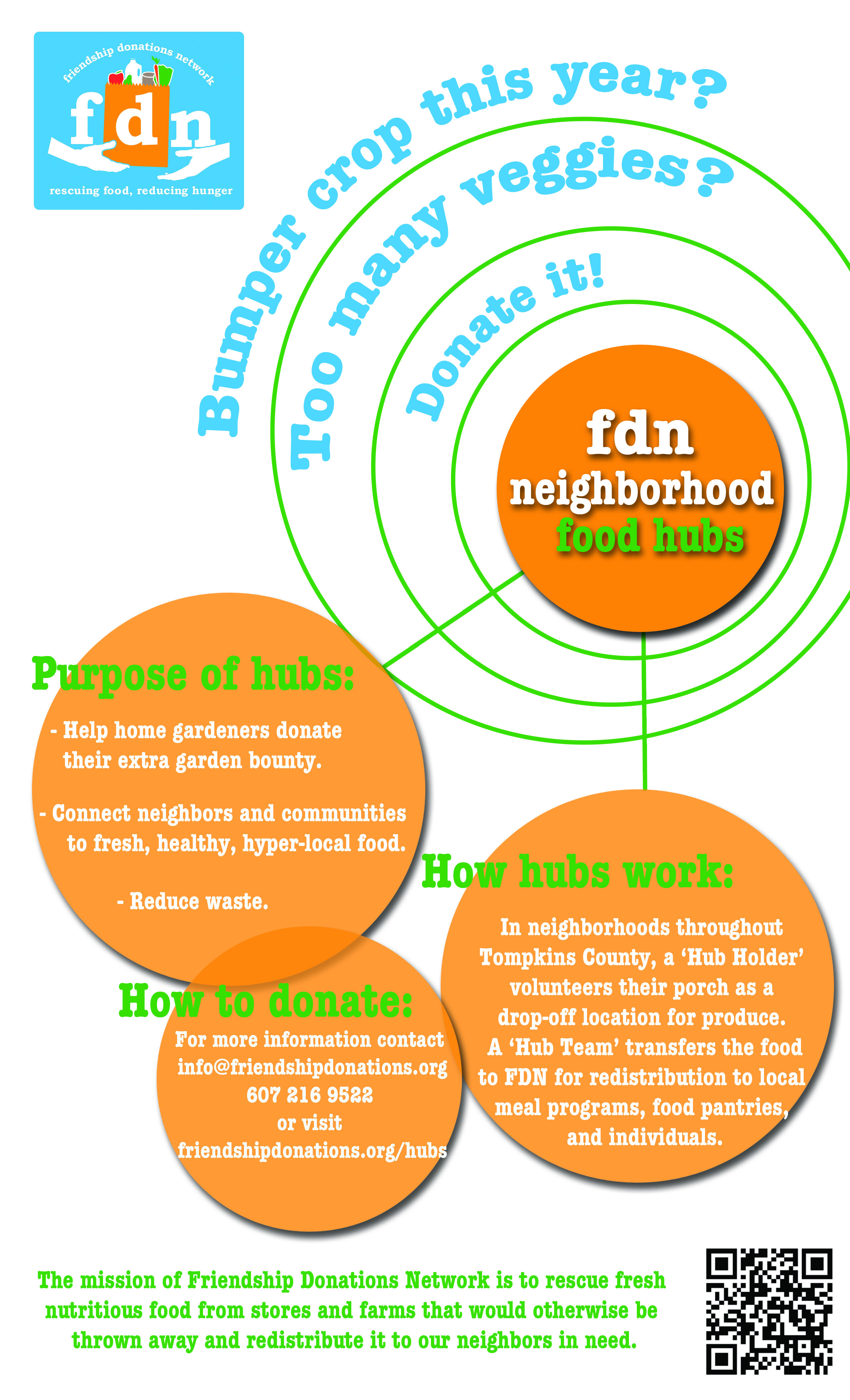