How one garden grew into a food donation effort

Harriet Becker lives in the close-knit community of Sheldrake along the west shore of Cayuga Lake.  At a community event, she spoke with her neighbor Paul Engeneri, a prolific gardener, to see if he was using everything that he produced from his garden. Paul produces an annual bounty of carrots, string beans, tomatoes, apples, plums, pears and more. The garden produces far more than Paul and his wife Trish could eat during the growing season, and the couple had a well-stocked pantry of home-canned veggies for the winter months. Paul’s garden surplus gave Harriet an idea that others in the community might be able to use the beautiful produce, and prevent it from going to waste.

With Paul’s blessing, Harriet along with half dozen other neighbors spent an hour two mornings a week picking vegetables and fruit at the bountiful garden. The group also noticed another neighbor’s apple trees having an extraordinary season and got permission to harvest those as well, along with another nearby neighbor’s garden full of tomatoes, apples, and zinnias.  Together, they delivered around 1,000 pounds of produce to Friendship Donations Network and took more produce to food pantries they supported including the House of Concern in Seneca Falls and the Interlaken Reformed Kitchen Cupboard. Paul was delighted that this was the first time in 15 years that none of his produce went to waste.  This amazing story was Harriet’s first experience with food rescue, and a beautiful example of neighbors working together to share the abundance with their fellow community members. 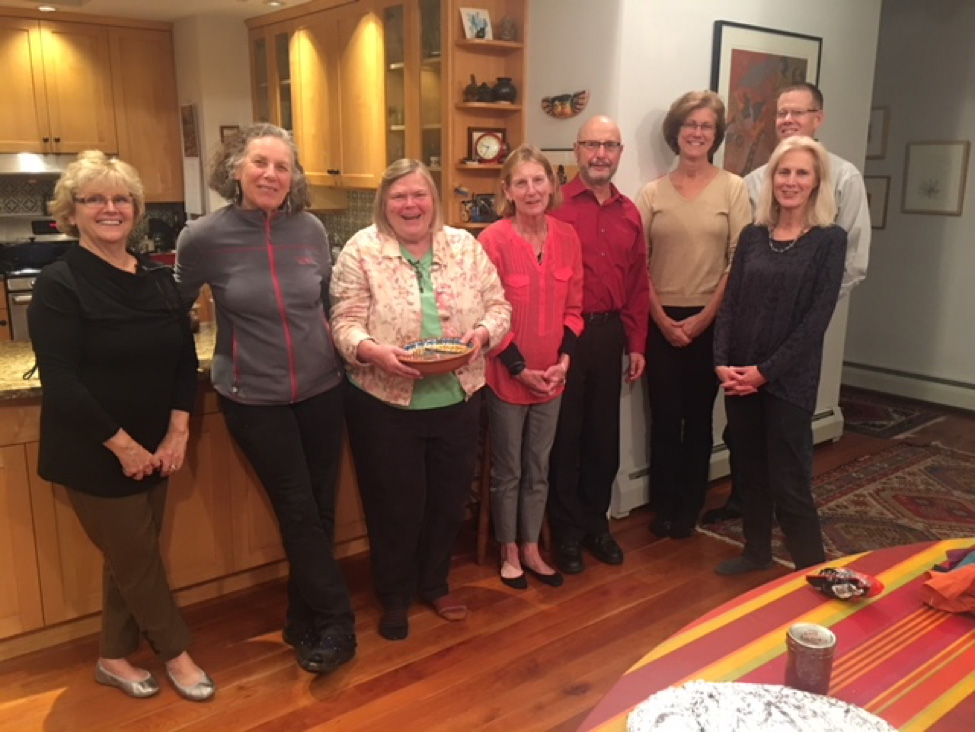 Pictured are the pickers, minus Bob Meek. From left to right, Marilyn D'Angelo, Harriet Becker, Jeanne Sullivan, Trish and Paul Engeneri (the growers), Sue and Tim Houseknecht, and Deb Belinski, in front. Photo by Frank Becker.