Interview conducted in 2015 by Linda Myers.

How did you get involved as a volunteer with Friendship Donations Network?

When I was a sophomore at Ithaca High School I had a lot of free time on weekends and wanted to do something useful. My mom’s colleague at work, Barbara Eden, suggested that Friendship Donations would be a great place for me to volunteer. So I contacted Meaghan [Sheehan Rosen, FDN’s coordinator], who showed me around FDN’s food storage area in the Just Be Cause Center downtown.

While I was there, I noticed a few copies of the Good Food Exchange, FDN’s newsletter, lying around. At the time I was the layout editor of my school newspaper, the Ithaca High School Tattler. So I asked Meaghan if I could help with the layout of the newsletter. Since then I’ve worked on four or five issues, as well as several display signs, a card that publicizes what FDN does, and a little on FDN’s website.

After I became editor-in-chief [of the IHS Tattler] I wasn’t able to do layout on the school paper anymore, so doing the layout for FDN’s newsletter was a way for me to continue. It has been really great—I love working with Adobe InDesign, and when the final product is nice and clean and balanced it’s very satisfying to both the reader and the designer.

In doing the newsletter’s layout, I also got to read the articles about the Neighborhood Food Hubs and food pantries, which helped me see how what we’re doing affects both food recipients and the people who work to get the food to them.

Tell me about your other volunteer work at FDN

Meaghan recommended that I work with [volunteer] Ken Finkelstein on the weekends to help redistribute food from Wegmans to volunteers with food pantries at a couple of the housing areas around town, which I did.

We pick up the surplus food on the Wegmans loading dock and divide it roughly equally for the food pantry volunteers, who drive up to get it. Then we help them load the boxes into their cars. If we have anything extra, we bring it to Just Be Cause to be given away there. Afterwards, I typically sweep the floors there. That’s my other job.

Most of the people I have encountered while I’ve been volunteering have been very upbeat and interested in what we’re doing, and it’s been fun to interact with them. One person who comes to pick up food goes to my school. Just seeing him there every other week reminds me that the people we help are just ordinary people in our community, and what we do makes a difference in their lives. It’s very personal.

Why do you think FDN is important to our community?

Food justice is an issue that’s often overlooked when people think about social justice. We’ve actually been talking about this a bit in my economics class, how accessibility to healthy food is actually a big problem, especially because of the wealth gap. And I certainly wasn’t too aware of it before I joined FDN.

In a town like Ithaca, where people are for the most part quite interested in social justice issues, I think food justice is an area that deserves more exploration, since a lot of local food providers have surplus food—and a lot of food is wasted. If more people were paying attention to it, we could create some significant change.

Have you lived in Ithaca most of your life?

I moved to Ithaca with my family when I was in second grade.

During 8th and 9th grade I lived in Taiwan with my parents and younger brother and attended an American school there. My dad’s company had assigned him to take a position over there during that time. And my mom was fortunately able to keep her job as a Cornell librarian by working via the Internet.

What was that experience in Taiwan like for you?

Not to sound clichéd, but it was a very life-changing experience culturally because obviously the culture there is a lot different than here in terms of familial values and how people behave.

Although I attended an American school, a lot of the students were ethnically Chinese or Taiwanese, so I was exposed to a lot more of the Chinese culture and language. (I speak Mandarin, but not Taiwanese.)

The school was also pretty high-tech. Middle school and high school students were required to have their own laptops and bring them to school every day. I was used to more face-to-face relationships.

But overall it was a really good experience, and I enjoyed just being in another part of the world and being immersed in a whole different culture.

Tell me about your plans for the future.

I’m going to the University of Chicago this fall, and I’m very excited about it. I don’t know what I’m going to be studying there yet, so I’m officially going in undecided, but I’m really interested in either physics or economics.

I took AP Physics this year, which has helped me become more interested in the subject. I think physics has a lot of real-world applications, and there’s a certain elegance to it because it ties together a lot of math concepts and some ideas that are just intuitive. But at the same time there are so many things that are unknown, so many areas to explore. That combination of elegance and room for exploration is what really makes me interested.

And economics is kind of cool because there are also a lot of real-world applications, and microeconomics has a sort of psychological aspect. You get to think about why people make decisions.

What else attracts you?

I’m really interested in writing, partly because I’ve worked for the school paper.

Probably the most thorough article we did was one about math test scores. It’s a touchy subject. A lot teachers and parents have been complaining about various things to do with the Common Core state tests. Our district’s 8th grade test results last year were very low in terms of raw scores. At least one teacher told me he was concerned about the test and how much time teachers got to prepare for it. So we did an article on that issue, and we did a lot of interviews. I think the article was pretty good, and it certainly got a lot of people talking, and that’s good because one of the main purposes of journalism is to start a conversation and make people aware of issues that need to be addressed.

Last summer I also wrote some arts and feature articles for the Ithaca Voice, which is an online news site. That was a good experience, and working with the editor there helped me improve my writing.

What do you do for fun?

I listen to a lot of music. I like classical and classic rock, two very contrasting genres. I love Chopin, who composed mainly for piano, and I absolutely adore Freddie Mercury of Queen.

In addition to playing the piano, I play the string bass in the school orchestra. Doing that and being around classical music have kind of affected the way I listen to rock; I started out with classical, and didn’t listen to any modern music before middle school. So when I did start listening to more modern music, I think I listened to it through a classical musician’s lens.

And, uh, little known fact: I do a lot of singing when I’m at home and no one’s listening to me, because I absolutely love harmonization. I actually record myself and overdub myself. 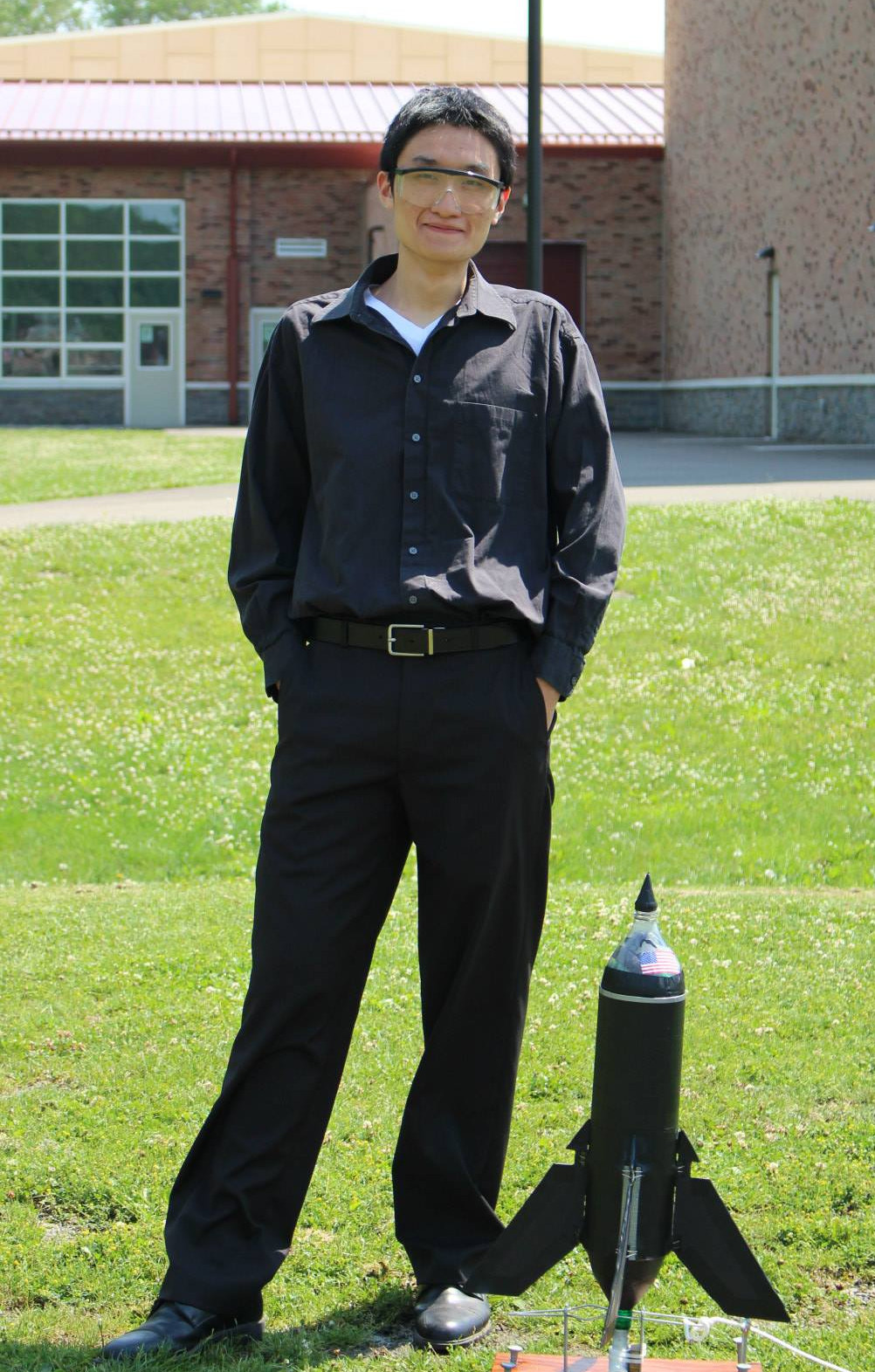