The Ithaca Rescue Mission opened in March 2014 and now serves the community with an emergency shelter, the Friendship Center drop-in day center, a food pantry, and transitional housing. The Mission also stepped in to operate a lunch program the Red Cross had developed with Ithaca-area faith groups. That effort provided meals at the Red Cross Shelter every Tuesday and Thursday, days when lunch is not available in Ithaca from Loaves and Fishes or the Salvation Army.

In 2014 FDN contacted Spielholz with a problem: a Cornell campus group, the Food Recovery Network, (FRN), began recovering delicious high-quality prepared food from campus dining halls, in addition to the donations coming from the prestigious Statler Hotel. However, some community food pantries did not have an easy way to use this type food. FDN asked the Rescue Mission if its lunch program could benefit from this resource. Sure enough, Spielholz’s team began to redesign their meals around the delivery contents from FDN in order to provide gourmet meals to the Ithaca Rescue Mission on their lunch day. Not only did the quality of the meals increase, Spielholz’s cooking and planning efforts decreased.

In addition to this food distribution pathway, FDN and the Ithaca Rescue Mission have built several other bridges over the years. Often, on Fridays, a day where lunch is not provided by one of the Ithaca groups, sandwiches and other grab-and-go items are brought directly from food donor 7-Eleven in Collegetown. As another example, within the Ithaca Rescue Mission’s transitional housing program, there are vegetarian residents, and fresh vegetables can be hard to come by. The fresh vegetables made available by FDN help the tenants create nourishing meals when their own economic resources are limited.

The flow of food donations from Cornell to FDN to Spielholz’s team to create Ithaca Rescue Mission meals was not at all by design from the start. It developed slowly over the last few years through open hearts and resourceful ears working towards a common goal.

“The point is to have home-cooked meals, in a creative, nutritious, and desirable way, says Joan Spielholz. “It’s got to be delicious, otherwise people won’t be happy about it! It’s important that [the Ithaca community] recognize that there is a lot of need in the community, and that there’s a lot that’s to be desired.” 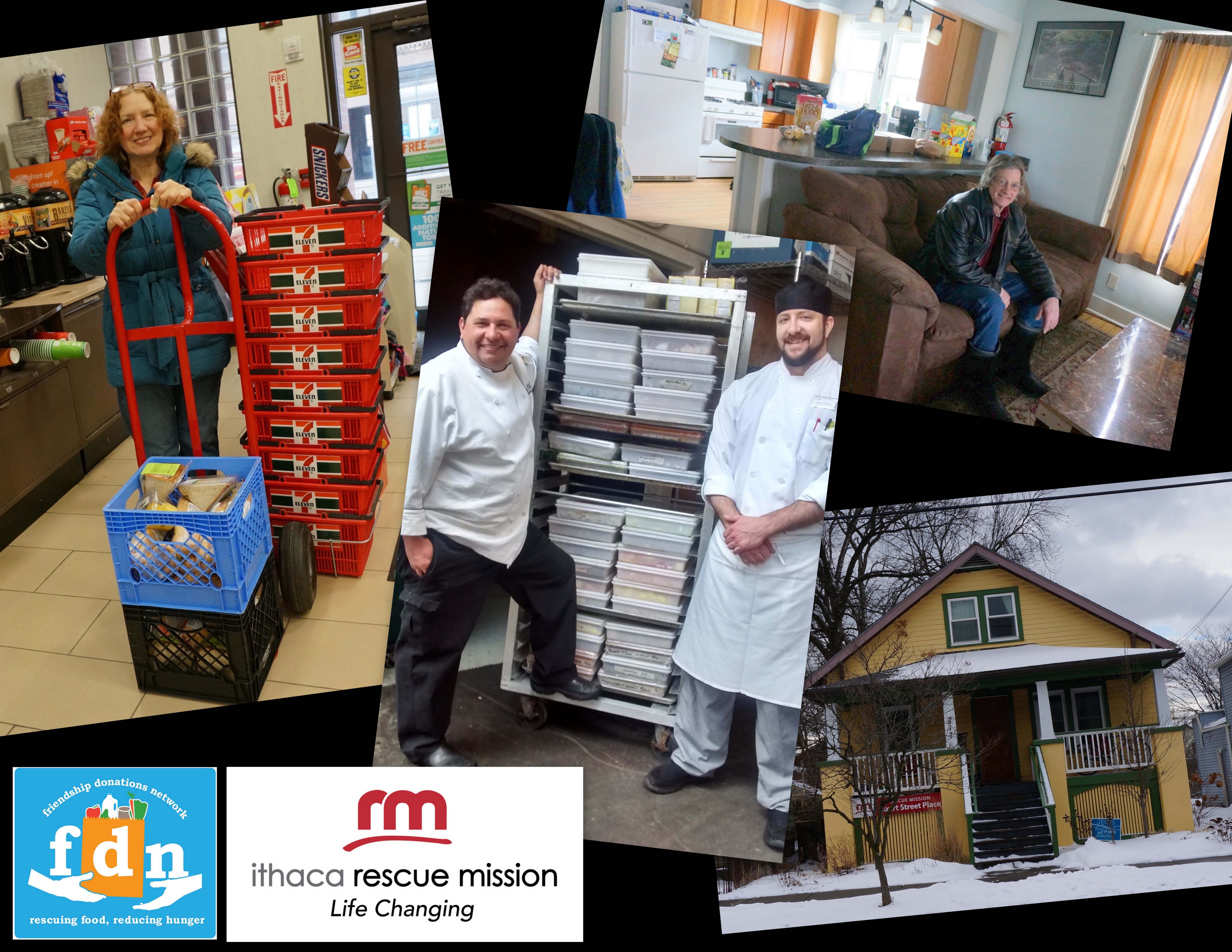