Ken Finklestein emailed me on the morning of our interview to explain that he would be about an hour late. There was a blizzard raging outside, and he was covering for a fellow volunteer who could not get their car out of the driveway. It is this willingness to put others above himself that has made Ken a valuable member of the FDN family.

Born in the Catskill Mountains, Ken spent his formative years working seasonally at his father’s grocery store. He says that the knowledge he acquired during these long summer days sparked a lifelong interest.

“I think that one of the reasons why I was attracted to Friendship Donation Network,” he begins, “was because it was like being in the grocery business all over again.”

Ken discovered FDN about a decade ago. He held a PhD in physics and was working in the Cornell High Energy Synchrotron Source (CHESS) laboratory. His parents had recently passed, and he wanted to find a means to honor both their legacy and the Hebrew concept of tikkum olam, or “world repair”.

Ken became a board member of a local Jewish organization. He soon, however, found himself yearning for a different kind of volunteer work.

“I got tired of that because it was mostly administrative… I wanted to be more hands-on,” Ken says.

Luckily, he would soon learn of a “hands-on” opportunity from Judy Dietz, FDN’s first board president.

“(Judy) asked me how I was doing, and I said, ‘Everything’s good, but I’m kind of bored with what I’m doing for community service.’ And she said ‘Oh, I have something that you might be interested in!,’” recalls Ken.

That “something” was FDN, and Ken, of course, was interested. He started as a regular volunteer, but he would soon join the board of directors along with the facilities, operations, and food sourcing committees. Although he took on other responsibilities, Ken never relinquished his hands-on duties, which to this day include delivery of donations on Thursdays and work on the Wegman’s loading dock every other Sunday.

Ken spoke about the following when asked why he enjoys volunteering at FDN:

“What I really like are three things… I like the donor end, I like the receiver end, and then, maybe the best part, is that I really like the people who are actually active volunteers, because they go out of their way (to get food to neighbors in need),” he says.

Ken also noted the satisfaction he has gotten out of working with a string of teenage volunteers from Ithaca High School. He finds it impressive that many of these young adults have gone on to attend prestigious universities such as Yale, Cornell, and the University of Chicago.

When asked to share a memorable experience from his decade of service, Ken relayed the story of working with volunteer chefs during FDN’s 2019 “Fall Feast”:

“Working in the kitchen on that project was very memorable for me, because (there) was a lot of camaraderie. I also learned a lot about cooking on a large scale which I had never done before,” he recalls.

When he is not doing work for FDN, Ken enjoys woodworking, astronomy, and volunteering elsewhere. Ken is enjoying his recent retirement from both the FDN board and Cornell University, and he plans on continuing to do his part in serving the Ithaca community. 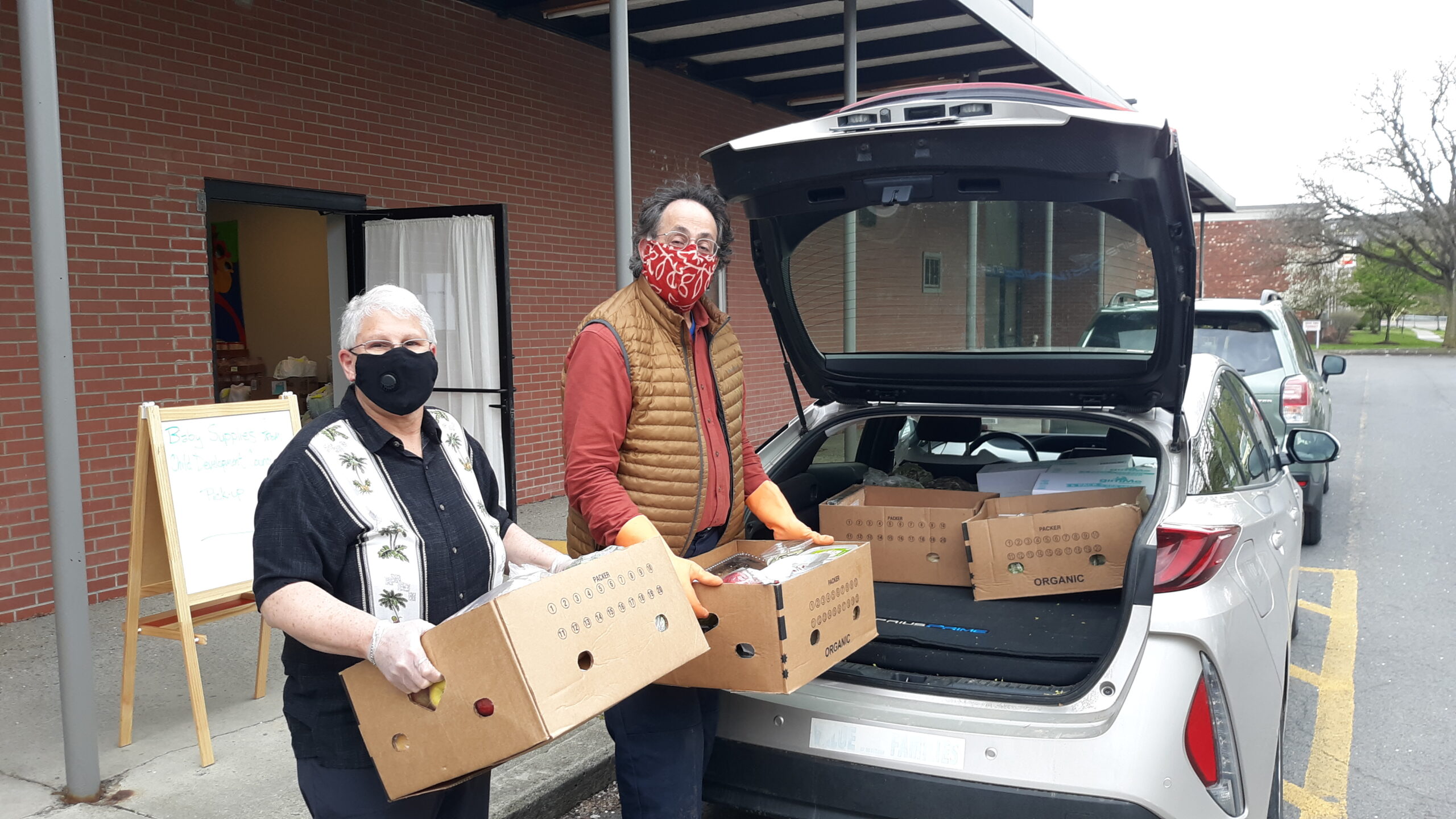